By Melissa Harris-Perry on Elle.com

Tuesday’s hearings for Supreme Court nominee Brett Kavanaugh began with the kind of dysfunctional theatrics and grand standing that we have come to expect from this Congress.

I still have not figured out how Republicans manage to give such long speeches about the Constitutional rights of a Presidential nominee for the Court to have a hearing while only using one side of their mouths! None can use the alternate side, which is still sealed shut with glue of hypocrisy after the refusal to grant Garland Merrick the dignity of even recording his name in the Congressional Register back in 2016.

Don’t forget about the workers’ rights movement that earned us all a fairer workplace. Here are a few quick reads to help you brush up on workers’ rights issues, past and present.

Why we celebrate Labor Day, a holiday that had a violent start

You sizzled us, you soaked us, you satiated us. And like every other summer season, your sprint to Monday – Labor Day – seemed a blur….Read more here…

The searing photos that helped end child labor in America

He arrived at the coal mines, textile mills and industrial factories dressed in a three-piece suit. He wooed those in charge, asking to be let in. He was just a humble Bible salesman, he claimed, who wanted to spread the good word to the laborers inside...Read more here…

The searing photos that helped end child labor in America

He arrived at the coal mines, textile mills and industrial factories dressed in a three-piece suit. He wooed those in charge, asking to be let in. He was just a humble Bible salesman, he claimed, who wanted to spread the good word to the laborers inside...Read more here… 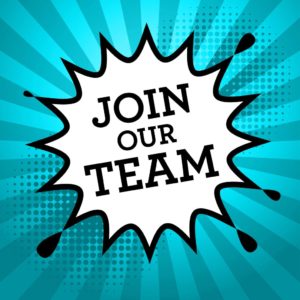 When you do good stuff, you need good people. So, we’re hiring! So give it some thought. If you do good stuff and you do it well, then you might fit our fun, goofy, obsessed with success team!

See below for details:

On August 28th, we’ll be in Clemson, South Carolina! If you’re nearby, come join Melissa, James, Mary Geren and the star of the evening, South Carolina’s 3rd District!

It’s hard to imagine that a candidate could be more exciting than Myya Jones! We wanted to get to Detroit to hang out…but since we couldn’t, this video is the next best thing.

Because Myya Jones For State Representative District 4, is everything!!!

We joined the Netroots Nation in NOLA and this NO CHOICE panel was everything. The panelists were amazing but the real stand outs were the documentary snip its. All the feelings…check it out.

No Choice: A World Without Roe

Without Justice Kennedy on the court what will happen to Roe v. Wade? Before that landmark decision women were at the mercy of state power if they sought to end an unwanted pregnancy. Abortions were illegal, traumatic, and dangerous; many women died, many were injured for life.  Join us for a panel discussion on abortion and screen NO CHOICE, a series of short video portraits. Hear what it was like to seek an abortion prior to Roe v. Wade. Learn from the experiences of a doctor who treated women in the ER from incomplete or botched abortions. Discover how states today are denying access to care due to geography, wait times, intimidation by protestors, financial barriers and other reasons. What would America be like if Roe v. Wade were overturned? Come, watch and discuss”and when you return home, find out how reproductive rights are restricted in your state and how your US senators will vote in the upcoming hearings for a new Supreme Court justice.

Carmen Berkley currently serves as the Managing Director for Planned Parenthood Action Fund. Over 15 years of experience, Carmen has served as the President of the United States Student Association, Field Director at NAACP and Choice USA, Digital Strategist at AFSCME, Executive Director at the Generational Alliance, and most recently Director of Civil, Human and Womenâ€™s Rights at the AFL-CIO, where she led an effort to develop a racial justice and criminal justice platform for the labor movement, and la large scale effort to build the electoral capacity of people of color and women. Carmen is the a co-host and producer on WPFW FM, shes been seen as a political commentator on MTV and TVOne, and she is frequently quoted and writes for magazines and blogs. She is on the Board of Directors for Congressional Black Caucus Institute, Advocates for Youth and the League of Young Voters. 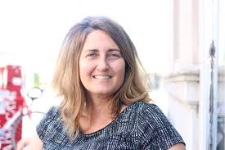 Amy Irvin is the executive director of the New Orleans Abortion Fund, and served as the first intake coordinator. She has worked at abortion clinics in New Orleans and Atlanta, and was recognized as the Volunteer of the Year by Planned Parenthood of Kentucky in 2006. She earned her Master of Science in Social Work at the University of Louisville where she researched the impact of parental consent laws for minors at the ACLU of Kentucky Reproductive Freedom Project, and a Bachelor of Arts in Philosophy from Agnes Scott College. She has also worked with the International Rescue Committee, and is a former union organizer with the United Food and Commercial Workers in Arizona and Indiana. 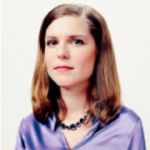 Erin Matson is Co-Founder and Co-Director of Reproaction. A longtime organizer, writer, and leader for women’s equality, she previously served as Action Vice President of the National Organization for Women as well as Editor at Large for Rewire. She lives in Arlington, Virginia, and serves on the board of NARAL Pro-Choice Virginia Foundation. 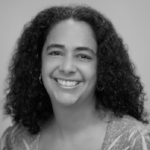 Aimee Thorne-Thomsen is a long-time activist whose work has focused on supporting young people to develop their skills and leadership around the reproductive health, rights and justice issues that most affect their lives. Currently, she is the Vice President of Strategic Partnerships of Advocates for Youth, where she oversees and coordinates the development, implementation and evaluation of Advocates’ strategic partnerships with youth activists and organizations in allied social justice movements.  Prior to joining the Advocates staff, she was Interim Executive Director of the Astraea Lesbian Foundation for Justice and Executive Director of the Pro-Choice Public Education Project (PEP). She is the Co-Chair of the Board of Directors of SisterSong Women of Color Reproductive Justice Collective and Chair of the Board of Directors for Power California.

This video about Mary Geren gave us chills…It tells the real story of the woman we met in Anderson, South Carolina. Check it out.

The Perry Political team attended a lunch with constituents, strategized with the Geren campaign, and helped host a midsummer BBQ and Backpack-to-School event to provide school supplies for local kids in need.  The cause was close to heart for principals Melissa and James, who facilitate programs for low-income students and youth in Winston-Salem.

To learn more about the Mary Geren for Congress campaign click here.

On Thursday, Jahana Hayes released a powerful new campaign video about her life, her career, and her vision for Connecticut’s Fifth Congressional District.  Jahana was named teacher of the year by President Barack Obama in 2016, and she’s been fighting for her community her entire life.  Her working class roots, her experience as a teen mother, and her remarkable career in education qualify Jahana to be an effective leader while truly understanding working class people in her district.  Learn more about Jahana by watching her video below: